A Letter to Kenny – 8 Years After His Suicide

Eight years ago, it was a beautiful morning, just like today. The sun was shining and there was a gentle breeze blowing, making the day just “perfect”. Instead of basking in the glory of the day, the news of your death was spreading quickly around the community. Your friends started to come to our home, trying to understand.

I understood quite clearly. For over three years, you battled a horrible, ugly illness. You worked so hard to get well. You were compliant with doctor visits, medication, and even hospitalizations when needed.

People don’t understand how difficult it is to live with a severe mental health disorder. Each day, you wake up and battle a chronic, possibly life threatening, biological illness. You battle your own brain, your thought center, to stay alive. Sadly, you battle stigma, judgement, criticism.

Kenny, you were embarrassed by your illness, so you told others that you had mononucleosis for over three years. You were labeled- crazy, lazy, weird. In fact, you poked fun at yourself and called yourself crazy. This is often done by people who struggle with mental health issues to help minimize stigma and the cruel words of others.

While 25% of society is affected by a mental health disorders, it is no wonder less than 40% of all people who are affected received medical treatment. Youth especially, are afraid of labeling, possibly bullying, by peers. So they deal with it on their own…in silence. Often, their final act is heartbreaking. According to the CDC, the rate of people dying by suicide each year has increased 24% since 1999. In New Jersey alone, youth suicides, ages 10-24 increased 14% in 2015.

Kenny, each time I talk to students, I share with them your story to help them understand that most suicides are preventable. There are different levels of mental health disorders, like all other medical illnesses You, my dear Kenny, had a very severe illness, just as if you had an incurable cancer. However, 70-90% of mental health disorders are treatable and there is always hope for healing.

I also share with students that on the day before you died, you said “good-bye” to all of your friends. It wasn’t until after you died, that at least a half a dozen young people told me, “I had a bad feeling, but I didn’t want to say anything, because I didn’t want to get Kenny in trouble”.

I tell students, “If you have a friend who is struggling, please tell them that you care about them. Let them know that you will assist them in finding the help that they DESERVE. If they tell you, that they are OK, and in your gut you feel as if there is something wrong, tell someone. If your friend is angry, I promise you, at some point, they will be thankful that you helped save their life”. 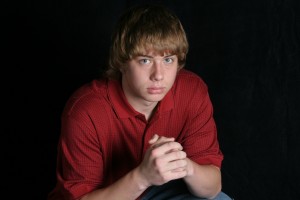 Each and every person has the power within them to help save a friend’s life.

The biggest message, from your life story Kenny, that I share with students, is to BE KIND. You were kind. A good friend. A good listener. Willing to give strangers your clothes when you were a patient in a psychiatric hospital.

In today’s environment, and with social media, I believe we have moved far away from empathy. It is too easy to be cruel on social media as we do not see the pain we inflict. If we said it face-to-face, the pain response would be seen immediately. I encourage students, to kind to each other. While kindness alone will not save someone with a severe mental health disorder, kindness, understanding each other’s journeys, will help diminish stigma and more people will reach out for medical help- thus saving lives.

As hard as you battled, we were not able to save you, Kenny. I know of so many young people, who reached out for help after hearing your story and are now living productive and healthy lives.

It is a beautiful day today. We have educated over 60,000 young people and saved lives. We share the important messages – Mental health disorders are treatable. Suicides are preventable.

In your memory, and in the memory of so many others lost, we educate to KEEP HOPE ALIVE.