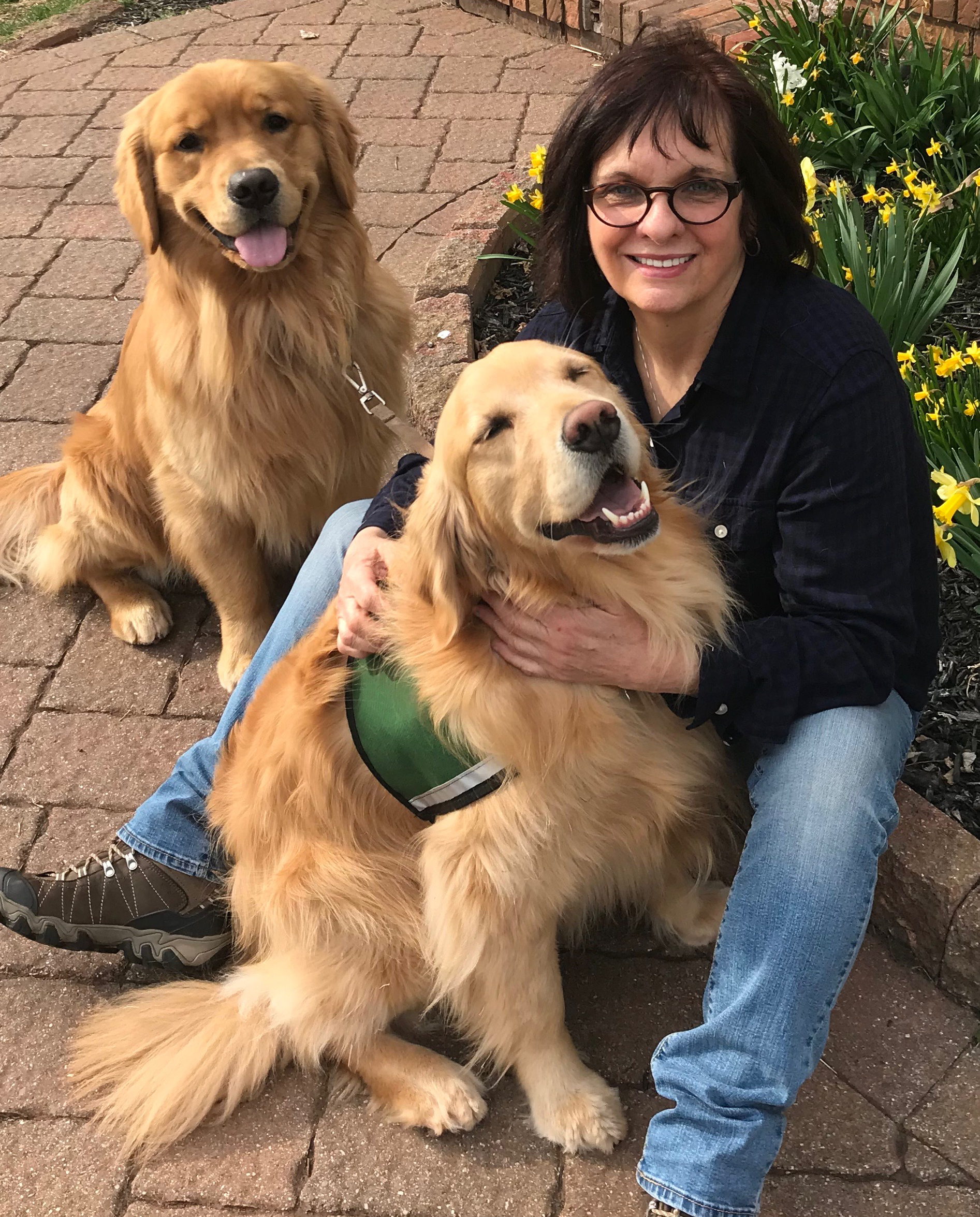 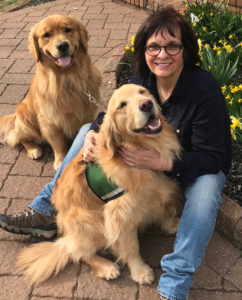 AIR Dogs Paws for Minds Volunteer Cathy Szur remembers what inspired her to eventually become part of a pet therapy team. She was visiting her sister in the hospital, when a therapy dog came in.

“What a difference it made,” recalled Cathy who has been an AIR Dogs volunteer nearly 2 years. “I just knew I wanted to do it.”
When she got her golden retriever puppy, Reka, she immediately took her to obedience training — and that’s when she met AIR Co-Founder Tricia Baker. That led to her becoming a certified therapy team and AIR Dog volunteer with Reka, who will be 4 years old this August.
“Tricia kind of draws you in,” said Cathy. “This woman is so driven. I can’t think of any greater cause than AIR.”
Although Cathy and Reka have been through various training classes and have earned Canine Good Citizen, Community Canine Good Citizen and a Dog Tricks title, it’s Reka’s intuitive nature that makes her such a great therapy dog.
“She just knows exactly who to go to, whenever someone needs help. She just seems to know,” said Cathy.
There are so many visits where Cathy has seen Reka make a visible impact, but a recent visit was particularly moving. Recently, Tricia was presenting Coming Up for Air to students at John Witherspoon Middle School in Princeton. Sadly, there was a boy in attendance who had recently lost his brother and Cathy and Reka were asked to sit by him.
Reka snuggled up to him and put her head on his lap and stayed there,” remembered Cathy. “She just stayed with him. He pet her the whole time and was whispering to her the whole time. If he stopped petting, she would nudge him with her paw. He put his AIR bracelet on her.”
After the presentation, he asked if Reka could come back the following day because he had an exam and was a little nervous. After checking with school personnel, Reka did return to quickly wish him luck outside the school.
“Making a difference like this, it’s what we want,” said Cathy. “I’m very lucky to be part of this.” 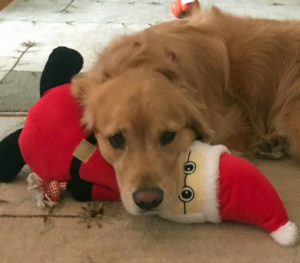 When Reka isn’t volunteering, she enjoys her downtime playing with her stuffed Santa Claus and running with her brother, River, in the backyard.
Cathy has recently started taking guitar lessons.“We need to make music,” said Cathy. “I have stubby, sausage, fingers so it’s challenging, but we’re making it work.”
Cathy, who was formerly in accounting, now works as an assistant dog trainer with Tricia, when she isn’t volunteering for AIR.
And if that isn’t enough to keep her busy, Cathy and Reka recently passed the certification to become a Crisis Response Team.
“Watching Reka when we go into schools, I saw the comfort she was giving to them,” said Cathy. “I was thinking she would be absolutely marvelous. I’m really excited about it.”
AIR DogsAIR volunteersAttitudes In Reversedog therapypet therapytherapy dogs
About the author