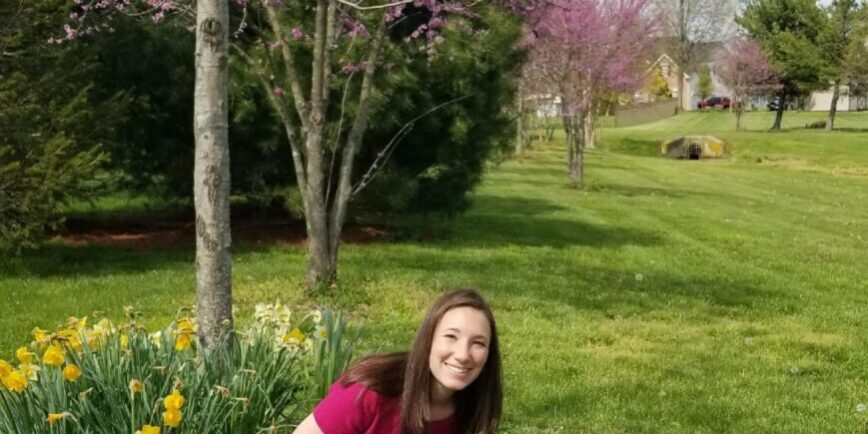 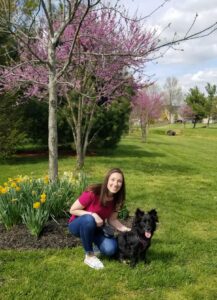 Chelsea Ruchlin, LSW, and her dog, Nellie, are a unique among the AIR Dogs: Paws for Minds therapy teams because they work together.

Chelsea, a social worker and case manager at the Melvin H. Kreps Middle School, works with special education students and since becoming certified with Nellie last fall, her canine partner has become a crucial part of that job.

“It’s changed my approach, having Nellie with me and she’s made things easier for students,” said Chelsea, who has worked in the East Regional School District the past five years. “The kids who do have anxiety or depression, they do feel very comfortable around her. It helps them really cope with whatever they’re feeling when they’re in my office.”

Earlier this year, Chelsea started a group for kids who were selective mutes; these children are physically able to speak but due to trauma or anxiety they don’t. They had only met for a few sessions before Covid-19 caused school closures, but she was already making an impact

Chelsea remembered, “The way that their faces lit up around Nellie. I asked a question and one kid said two words and that was huge. He does not talk or respond to anybody really. And we got two words out of him so that was pretty good.”

Nellie was coming once or twice each week to meet with students in group and individual counseling sessions and in special education classes. With the school year cut short, the duo has had to adapt, with Nellie making appearances at online therapy sessions.

“Transitions can be hard for kids. I’m hoping when we go back to school, Nellie will make it easier for some kids,” she said.

The students reportedly respond well to Nellie, not only because she is an approachable dog, but also because of her history. “She’s had a rough background and some of the kids have a rough background, so it’s nice to share in our therapy sessions,” said Chelsea.

Nellie was a stray in Texas before a rescue took her in. She escaped and was stranded in a flood before she was rescued again and later made available for adoption. Chelsea had just purchased a condo at the time and was looking for a companion. 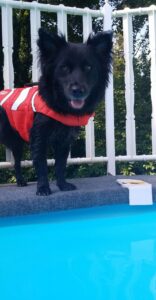 “I saw Nellie’s picture online and I just fell in love with her,” she said.

Chelsea adopted Nellie on September 29, 2018, so that is when she celebrates Nellie’s birthday. This September, Nellie will be 3 years old.

Chelsea and Nellie joined a training class with her parents, Mary and Joe Abode, and their dog Fiona. AIR co-founder Tricia Baker was teaching that class, and the dogs graduated together. Both dogs and their owners now volunteer for AIR.

“I like how Tricia goes into schools and does presentations,” said Chelsea. “AIR is a good cause and mental health is important to me, being a social worker.”

When Nellie is not volunteering or working, she loves swimming, playing with any kind of ball – particularly soccer balls and oversized tennis balls – and relaxing.

“She’s very spoiled,” said Chelsea. “She has three different beds in the house, and a bed in the car.”

“My life revolves around my dog – going to the park, going on walks – that’s all we do.”