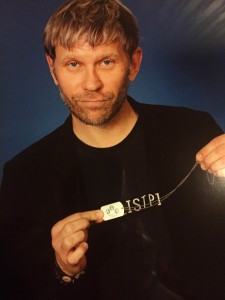 Mark Pellegrino is a highly prolific American actor of film and television. He is best known for his work as Lucifer in Supernatural, Paul Bennett in Dexter, Jacob in Lost and Bishop in Being Human. Mark became a supporter of AIR the day of the funeral of his best friend who died by suicide. Later that day, Mark met AIR Co-Founders Tricia and Kurt Baker at the Los Angeles premiere of Supernatural’s Fan Movie (spnfanmovie.com), which includes an interview with Tricia as part of its feature of the cast and crew’s philanthropic endeavors