AIR: What inspired you to become a mental health professional and to focus on fandom?
LZ: I’ve wanted to help others ever since I can remember. It took me a while to gather up the guts (and the tuition) to go to graduate school, but once I started, I kept going, determined to get my Ph.D. so I could be licensed as a psychologist. I worked as a clinician for over a decade and had the privilege of helping all sorts of people challenged by depression, anxiety and other mental health issues – and was inspired by all of them in return. During that time, I also discovered the television show Supernatural and became a passionate fan. Then, I discovered the fandom community and realized that many of the benefits of group counseling were found in the fan community for some people. That led me to research and write about the positive things about being a fan. 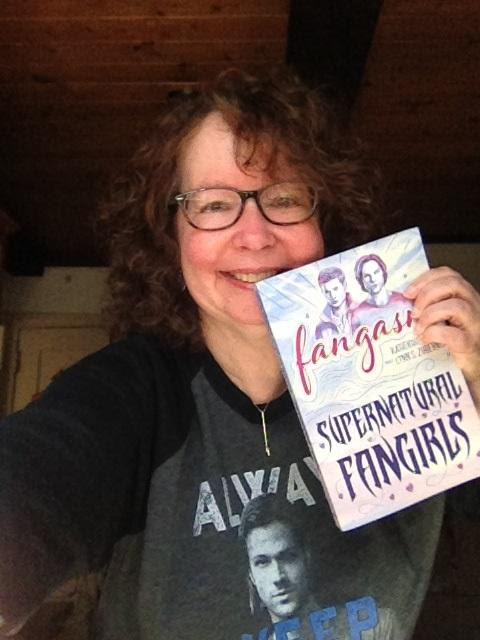 AIR: When and how did you learn about AIR?
LZ: I was at a Supernatural convention at a meet and greet with Jared Padalecki, when the subject of suicide prevention was raised. Jared had recently lost a friend, and was looking for ways to help so that others would not have to lose loved ones. As a psychologist, I was also passionate about this subject. That meet and greet was where I first met Tricia, and where she met Jared. So, I was there from the beginning – it seems sort of like fate that we would all be linked together!
AIR: What do you see as AIR’s impact currently and potential impact in the future?
LZ: The most damaging thing about the stigma surrounding mental health issues and suicide is that it keeps people silent. And if people are silent and don’t feel that they can ask for help or tell others how they’re feeling, then they can’t reach out for help. AIR is spreading the message that stigma needs to be challenged, and that people need to be supported as they share their feelings. It’s imperative that this message be spread on a broad enough basis that it reaches people — especially young people — BEFORE they become suicidal. Prevention – changing the climate, encouraging open dialogue, busting myths — is more effective than intervention. AIR is part of that initiative to change the climate and open a dialogue.
AIR: How do you plan to be involved with AIR?

LZ: I’ve spoken at one AIR event and hope to speak at others. I also have a new book coming out next May, Family Don’t End With Blood: Cast and Fans on How Supernatural Changed Lives. The essays in the book will do the same thing that AIR does in trying to change the culture and open a dialogue. In it, actors from the television show and fans of the television show share their powerful stories of how their lives have been changed — or even saved — by the inspiration of the show and the support of the fan community. Jared Padalecki and Gil McKinney, who are both involved with AIR, wrote chapters that I think will inspire many people, as did many other Supernatural actors. The publisher and I will both donate a portion of our proceeds from this book to AIR to help with its important mission.

Click here to get a brief preview of Family Don’t End in Blood and to pre-order your print copy or Kindle download.
Category: NewsBy Tricia BakerFebruary 13, 2017