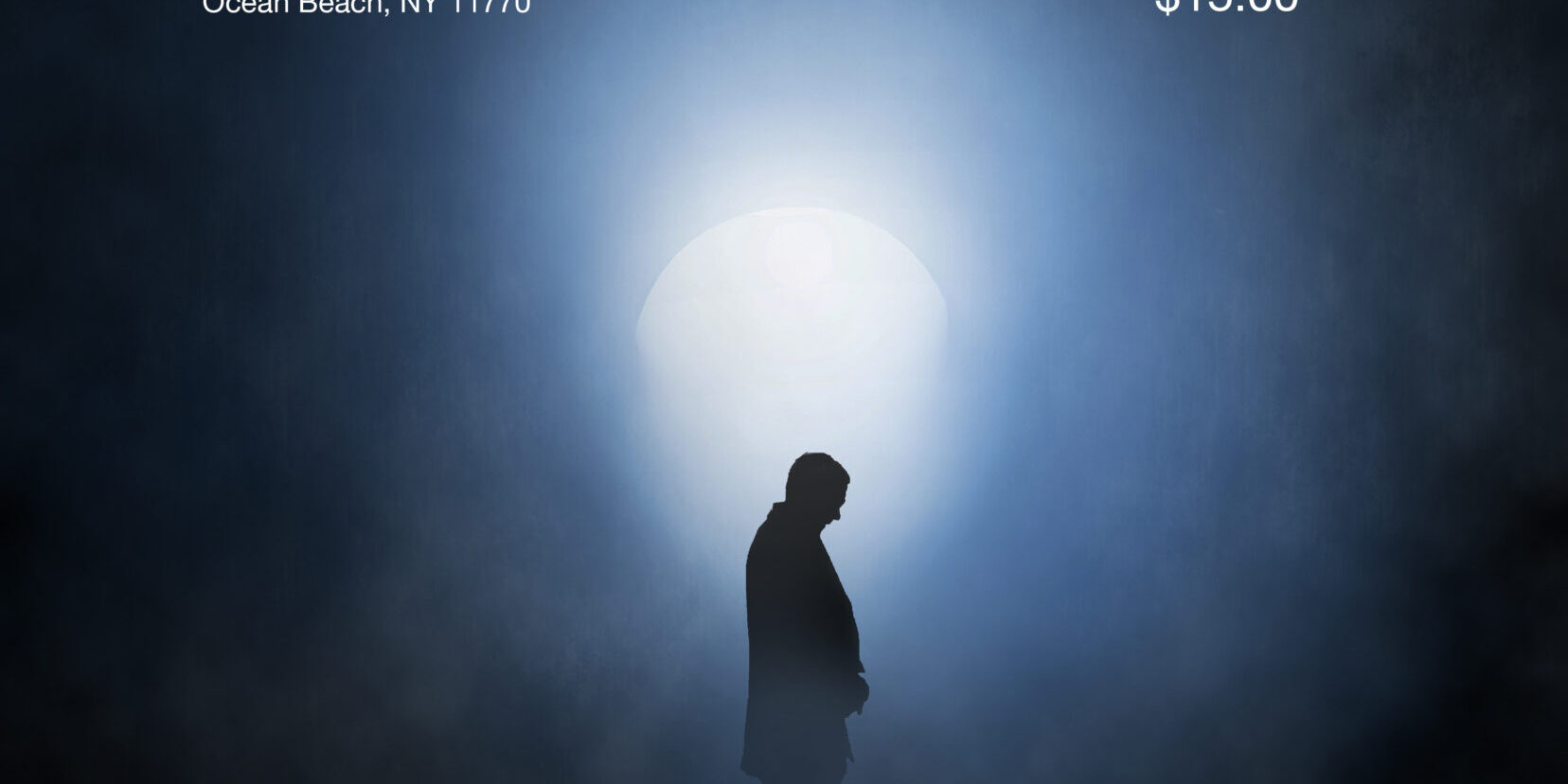 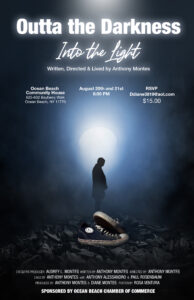 OCEAN BEACH, NY — Anthony Montes, an award-winning actor, writer, director and producer, will perform his semi-autobiographical “Outta the Darkness Into The Light” to raise awareness about suicide prevention. A portion of the proceeds will be donated to Attitudes In Reverse® (AIR®), a Princeton-based nonprofit.

There will be two shows on August 20 and 21, both starting at 8 pm, at the Ocean Beach Community House in Ocean Beach, NY. A Q&A session, with Montes and AIR® Co-Founder Tricia Baker, will be held after each show. At 1:30 pm August 21, there will be a screening of “The Last Train,” which Montes wrote and stars in. Tickets are $15, with an additional $5 for the movie. Guests can pay at the door or email Ddianemontes@aol.com to reserve tickets in advance.

“It is an honor to once again work with Anthony Montes. He has an amazing, inspirational story that provides hope to all those who may be struggling,” said Baker, a Long Island native. “Now, more than ever, this message of hope and healing must be shared, so no one ever feels alone. We are grateful to Anthony for his continued support of AIR’s mission to educate students about good mental health and suicide prevention and we look forward to his outstanding performance!”

The play begins with “Anthony” trying to kill himself by suicide by train. Over the course of the play, “Anthony” is given the opportunity to explain certain life choices. Each performance is unique because audience members randomly select these experiences – all true stories from Montes’ life – and decide whether the character “Anthony” must continue the path he has laid, or if he is free to follow another one.

The play’s premise comes from Montes’ own life, including his own suicide attempt when he was 27.

“I felt I was a loser. I felt I would never amount to anything, that I wouldn’t have love in my life. I didn’t want to live in a world without love,” recalled Montes, who aborted his suicide attempt after thinking of his mother. 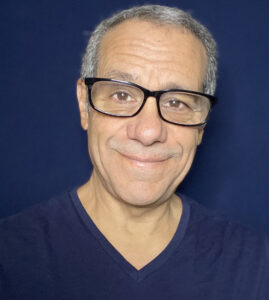 Montes learned of AIR® and the powerful “In Their Shoes” exhibit through actor Mark Pellegrino, who also serves on the nonprofit’s advisory board. The exhibit consists of shoes that represent the New Jersey youth, ages 10 through 24, who lost all hope and ended their lives by suicide.

“It’s amazing how she’s taking that tragedy of her son, Kenny’s, death and has helped so many people,” said Montes, who asked to incorporate some of the AIR shoes into his show.

“Just looking at them and realizing somebody stood in all those shoes, especially some of the smaller shoes,” said Montes. “I feel like I’ll be taking those souls out there with me on stage.”

“The show has been very powerful,” said Montes. “It’s not just about suicide awareness. It’s also about change. I think we’re here to learn certain lessons and change and grow.”

Montes has been teaching and coaching actors for over 30 years. A part of the film and theater industry for more than 40 years, he has written more than 40 plays, published 22 books and written 11 screenplays. He is thankful to his sister, Diane Montes, for helping him produce this show and the Ocean Beach Chamber of Commerce for making this presentation possible.

ABOUT ATTITUDES IN REVERSE
Attitudes In Reverse® (AIR®) was established by Tricia, Kurt and Katelyn Baker of Plainsboro, NJ, in 2010, soon after their son/brother Kenny died by suicide following a long battle against severe depression and anxiety. Their mission is to save lives by educating students about mental health, related disorders and suicide prevention. Since January 2011, they have presented to more than 95,000 students in middle and high schools and colleges in New Jersey, New York, Vermont, Missouri, Texas and Arizona. AIR also offers Youth Mental Health First Aid instruction and includes the AIR Dogs: Paws for Minds™ program, bringing dogs into schools to help students de-stress and engage in the conversation about mental health. In addition, AIR trains and certifies Emotional Support Animals and offers a lunch-and-learn program for businesses. For more information about AIR™, please visit www.air.ngo or call 609-945-3200.