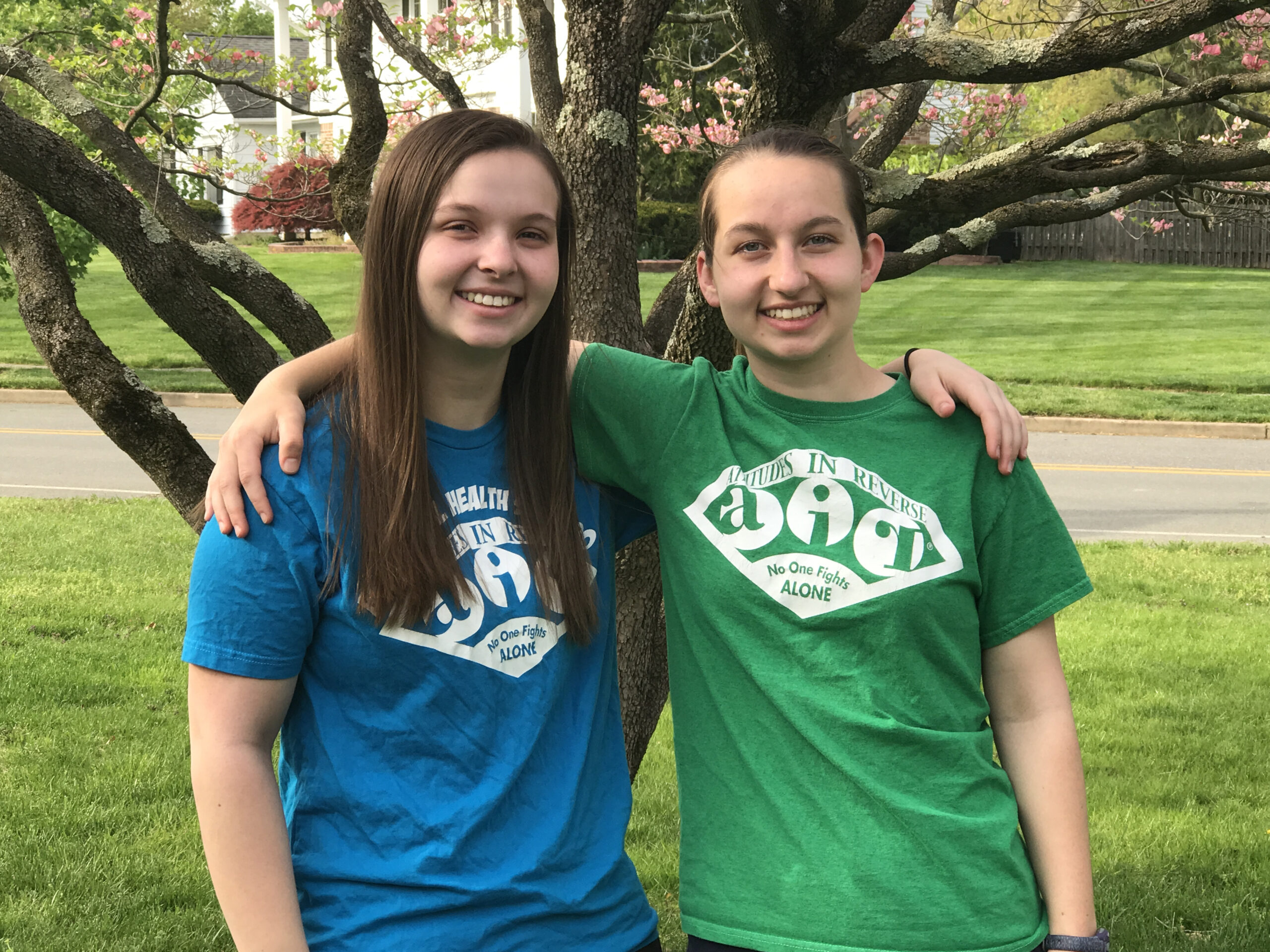 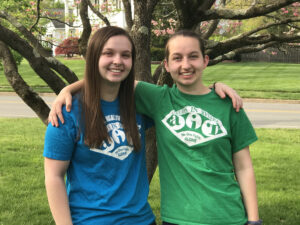 Mary Nielsen, a junior, and Elizabeth Nielsen, a senior, run the school club, which will be supporting AIR and participating in Mental Health Action Day on May 20. In partnership with Liberty Martial Arts, the group will be hosting an event that day at Windsor Athletic Center. Starting at 6 pm, there will be three 45-minute sessions targeting different age groups from young children to teens and AIR Dogs: Paws for Minds therapy dogs will be there.
The AIR Club, comprising 15 core members, also organized two major initiatives – a Fresh AIR Event and a Wellness Week. The Fresh AIR Event included organizing students to write “Sunny Letters” and distribute them to the community.
“We were inspired by AIR’s Warm AIR 4 Winter program, where we’re helping our community just feel a little bit better and brighten their day a little bit,” said Elizabeth.
For their Wellness Week, the Nielsens and their volunteers organized various activities – including coloring sessions, a yoga practice and making your own de-stressing toy – to teach students habits to improve their mental health.
“Normally, this type of event would be in person and we could have had AIR therapy dogs attend, as well, but this year was virtual, which was challenging,” recalls Mary. “The students really took it upon themselves to figure out good activities that would still be engaging over Zoom.”
Mary and Elizabeth, who also participated in a Pirates United Holiday Drive last December, said they wanted to create the club to build upon AIR’s message and bring more programs directly to students.
“I wanted a club where we could work on issues that were relevant to us,” Elizabeth said. “AIR became our focus because we like their mission and we like the idea that they focus on mental health and that’s really important, especially when you’re a teenager.”
“I think it’s really important for stressed out high school students to be conscious of their mental health,” said Mary. “Our club’s mission is to help other kids learn healthy practices and deal with stress.”
Mary and Elizabeth, who both play soccer and piano, said things didn’t always go as expected and there were certainly more challenges this year because of COVID-19; however, often the surprises were good ones.“The thing that surprised me was that other students were willing and sort of excited to get involved,” said Mary. “They had really great ideas and we’ve been able to accomplish more than I thought we would.”
Elizabeth agreed. “I found the students’ enthusiasm making the Sunny Letters to be surprising and they really loved making the letters and they really enjoyed giving them out.” Elizabeth, who will be going to Brigham Young University this fall, and Mary, who will be a senior at WWP South, have big plans for the club in the next school year and beyond.
“If I can work it out, I’d like to stay connected with the AIR Club somehow,” said Elizabeth who plans to study psychology. “We want to run more Wellness Weeks during the school year and we also want to have therapy dogs to be dedicated to the school. If we can make that happen someday, that’s also a goal we’re working towards.”
“It’s been difficult this year because everything has been virtual,” said Mary. “We just really want to get more students involved, especially in mental health centered activities. We hope to work a lot more with AIR in the future. It’s really a valuable resource.” 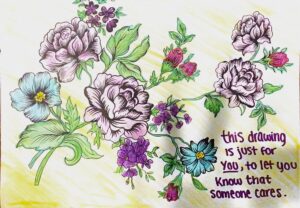 Sunny Letters were written by AIR Club members and distributed to the community..