Coby St. Phard – A Light to Others 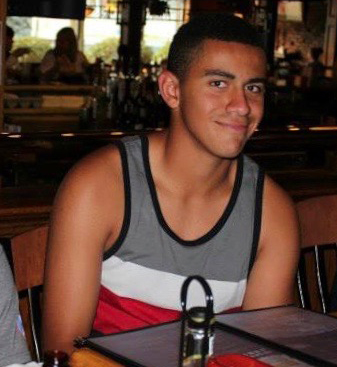 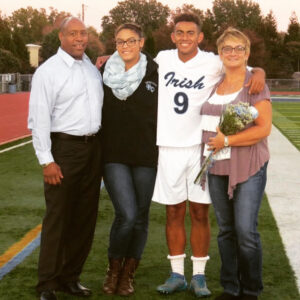 “My story really kind of starts with my daughter, Kyler,” said Rachelle St. Phard. “From the time she was young she probably had anxiety and depression way before we ever realized it.”
Rachelle recalled how her daughter was a “frequent flyer,” going to the nurse.
“She was often at the nurse’s office with stomachaches and headaches,” said Rachelle. “As a parent I wish I had known then that they were signs of anxiety. I also wish the nurse had been more knowledgeable.”
By 5th grade, Rachelle realized there was more going on with Kyler.
“I asked if she wanted to see someone and she said no because she didn’t want people thinking she was crazy,” she said.
The summer between 7th and 8th grade, her daughter barely left her room. Rachelle said the pediatrician finally got through to her that she needed to see a therapist. However, finding the right one was a challenge.
“What I would like people to know – parents, kids everyone – is that trying one therapist is not good enough,” she said. “You need to find someone you connect with. And if you have to keep trying, keep trying. I know it’s a struggle, but you have to keep looking. They’re out there.”
While Kyler was getting the help she needed, it was her son, Coby, 18, who broke down emotionally one night after soccer practice.
“I was talking to him and all of a sudden he just fell on me and he was crying,” Rachelle recalled. “I asked if he wanted to talk about anything and he said, ‘I don’t know what to talk about.’”
For the next few days, she said she tried to be available to him. “I didn’t ask any questions, I just kind of let him know I was there,” she said.
Her husband took him to get ice cream during that time and said “You know if there’s anything you want to talk about, we’re here to listen.”
Rachelle recalled that Coby once again didn’t have much to say, but had been sniffling.
“I think he was afraid to burden us because of everything we were going through with Kyler. And I think in his mind, his mentally ill mind, he thought it would be better if he wasn’t here,” she said.
On the night of his suicide, Rachelle remembered, “he gave me a hug and said, ‘I love you.’”
When they learned the news from police, Rachelle said they were confused. “It couldn’t be possible. That was pretty much what everybody said.”
“I now believe when he came to me crying that night he was having suicidal ideations and he didn’t know how to say it,” Rachelle said. “My lesson to parents – if you think there’s something going on, there probably is. Pursue it, not in an agressive way, but pursue it.”
“The lesson for kids is there is always someone that will listen – a trusted adult, a trusted friend, a counselor,” she continued. “And if you’re a friend, you’re not doing them a favor by not telling someone. It’s better to lose a friend for being mad at you than a friend who killed themselves.” 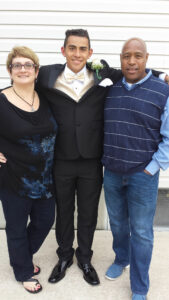 Rachelle and her family created the BeTheLi9ht Foundation in honor of Coby. He played soccer as number 9 and high school friends all described him as “being a light to others.” The foundation’s center in Hightstown opened its doors on September 13. A grand opening celebration will be held on October 16. There will be local entertainers (singers or bands from 7th graders to age 25 interested in performing should contact Geri Genovese). AIR Dogs: Paws for Minds therapy dogs also will be there.
“We need to have a safe place where kids can come and just be,” she said. “We want to make it a place for everybody.”
The center’s motto is “A place for people who feel lost. A place for people who have lost, and a place for hope.”
Shortly after Coby died, Rachelle met Attitudes in Reverse Co-Founder Tricia Baker for breakfast and she learned more about AIR’s mission.
“AIR is so important for our youth,” she said. “They give kids an opportunity to learn about mental wellness as well as an opportunity to anonymously ask for help. What Trish and her volunteers do is vitally important to our schools, to both the kids and the staff.”
As Tricia met her for breakfast years ago to offer comfort, Rachelle does the same.
“I try to reach out to any women in the area who have lost children due to suicide or overdose,” she said. “Early on it doesn’t seem like it but you can get through it. Out of darkness, can come goodness and that is my goal. If I can keep another parent from going through this, that’s my life’s work.” 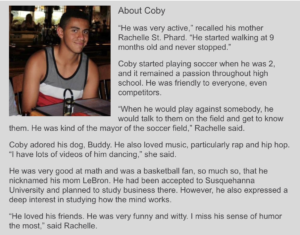