Sean is Remembered for His Kindness and Humor 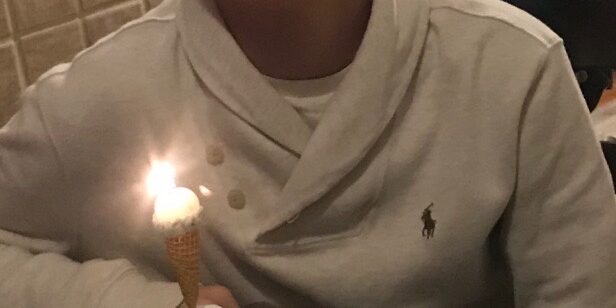 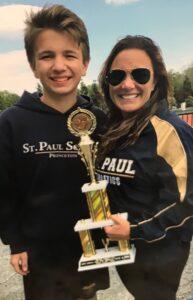 “At the age of 15, I ended up in my first psychiatric hospital,” said Geri Genovese. “I strugggled with severe depression and I started to use alcohol to self-medicate. I attemped suicide several times during my adolscence and young adulthood. My whole growing up was in and out of 11 hospitals.”

“Everybody who knew me thought I was the happiest person,” she recalled. “Nobody would know that I was going through depression myself. That’s the sick part about the illness. It can be so secretive.”

Geri struggled with severe depression and alcoholism throughout her early adulthood, entering several rehab programs and hospitals before she got sober at age 21. With her history, Geri said she knew there was a very high chance her children might develop mental health or addiction issues.

Her oldest son, Christian, was 15 when he was first hospitalized for depression.

“He was exhibiting every sign under the sun that he was struggling with depression,” she recalled. “He was crying. It was visible that he was suffering.”

“Christian woke me up in the middle of the night and said he kept having these terrible thoughts of wanting to kill himself,” said Geri, who immediately drove him to Rutgers University Behavioral Health Care.

Her daughter, Bianca, began grappling with anxiety issues at 15, but her youngest child, Sean, seemed to be doing well.

“We thought everything was ok with him. He was the complete opposite of the key warning signs of suicide,” she said. “Everyone described Sean as ‘Mister Happy Go Lucky.’”

When the school called one day to say Sean, who had just turned 15, had mentioned wanting to take his life following a personal issue, Geri immediately took him to a therapist. The therapist told her Sean seemed to be coping well.

“Sean was laughing at me like I was overreacting. His words that day were, ‘Mom I promise you, if I have any bad thoughts you will be the first person I come to,’”she recalled.

“Like any mother who loses a child it is absolutely devastaing,” she said. “There is a guilt that runs so deep of how did I not see this coming, especially as I’ve lived it. There are no words for the pain.”

With reasurrances from the therapist and her own son, who was acting normally even on the day of his suicide, there was no indication of anything wrong. 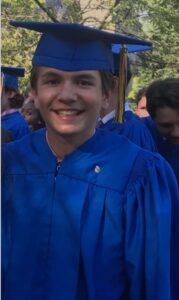 “Sean was on the computer ordering new clothes. We had just bought his winter coat and he aked if he could buy it a size bigger because he loved it so much,” she said.

The day Sean died by suicide, he was still handing in homework. Later that day, he was celebrating his brother’s birthday with family.

“Sean was sitting at our kitchen table and we were all singing ‘Happy Birthday’ to his older brother before I drove him back to college,” she said. “He seemed happy.”
That was the last time she would see Sean alive.
“Sean was hiding how he was really feeling. Mental illness is insidious. It will lie to you and tell you dying is the only way to end the pain. Looking back, I think once he was alone he had all those thoughts in his head and then just acted on it,” she said.
“Sadly he didn’t tell us what he was really feeling because he didn’t want us to worry,” Geri continued. “Sean’s story did not have to end like this. I do believe if he had spoken the truth, we could have gotten him the help he needed.”
After Sean died, Geri learned of Attitudes in Reverse and its Co-Founder, Tricia Baker.
“I reached out to her as a mom in pain,” she recalled. “‘How do you get through this?’ I asked. And we sat down and talked.”
Geri has since volunteered for AIR at several events including the In Their Shoes exhibit, and now serves on its Advisory Board.
“It’s incredible how epidemic this mental health piece is. It’s everywhere,” she said. “I believe we can continue to help save children who are suffering by raising awareness and having the conversations that are necessary. If I can help one family not have to walk this path, I will forever carry the message of hope.”
Geri’s also wants anyone who is struggling to know that there is help availableand that there always is hope.
“You think that that’s the only way out of your pain. But no one can help you if you don’t say you’re hurting,” she said. “If you are suffering, be honest, just tell one person. Tell that person what you are feeling. Those suicidal thoughts are so powerful, and if you are alone in those dark moments those thoughts tell you it’s the right thing to do – and it’s not.”
If you don’t have a friend or family member you can confide in, she urges people to reach out to a hotline or other support groups.
“All people think about is that pain they’re in,” she said. “It totally hijacks your brain. That’s why it’s so important that you tell someone if you’re having these feelings. You don’t have to suffer alone.”
She and her oldest son, Christian, are living proof you can turn things around. He was diagnosed with severe bipolar disorder and now he’s on the Dean’s List in college.
“It has been a very long road and we are proud of Christian. He and I are both examples that you can learn to live with this disease,” she said. “It’s like having braces, you have to constantly stay on top of it and fine tune them. It is not something that goes away, but through help you can learn how to manage it – one day at a time.”
“You can get through anything but you have to tell one person. We cannot help you if you do not tell anyone what is going on,” Geri said. “It’s okay to not be okay. You don’t have to do this alone. You are loved.”